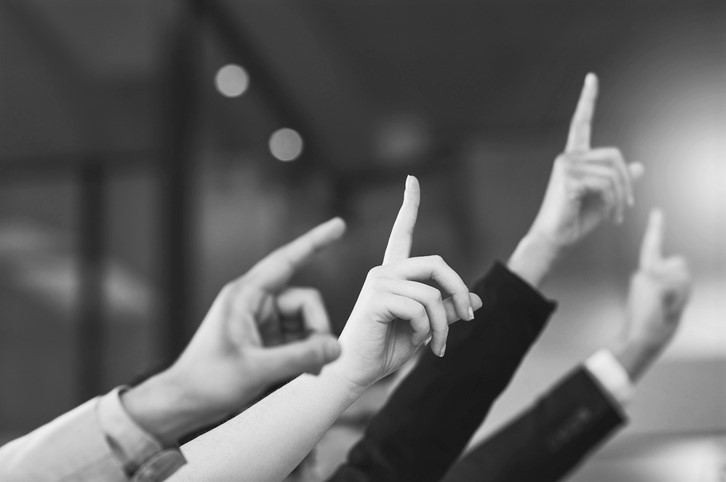 In 15 years, Advertising Week has evolved as a reflective mirror of culture and annual gathering of influencers. Having numerous clients and team member participate over those 15 years, one thing is certain – a lot has changed in the advertising world. Incredible ideas have been born. Though the enduring power of connecting, educating, enlightening, engaging and entertaining remain at the heart of Advertising Week. Hotwire caught up with the Global Chief Executive of Advertising Week, Matt Scheckner to learn how things have changed.

Matt Scheckner: A random phone call in July of 2002. Abby Hirschhorn, DDB Worldwide CMO, was looking for a big idea in support of an effort led by 4A’s Chairman Ken Kaess and CEO O. Burtch Drake to attract young talent, boost the image and morale of the industry, and reaffirm New York as a global advertising hub.

The first-ever meeting about Advertising Week offered a preview of the future. A thought leadership foundation, environment and experience were all established as key anchors of the game plan. And so, it was an October afternoon in 2002 in the Roxy Suite at Radio City Music Hall where it all began. Planning began in earnest in May of 2003 after it was agreed that the first-ever Advertising Week would take place in September of 2004. With long-time business partner Lance Pillersdorf and a small team, Advertising Week opened its doors for the first time with such venues as NASDAQ, the Museum of Television & Radio and a memorable first Opening Gala at Gracie Mansion hosted by Mayor Mike Bloomberg.

BB: What did you do before Advertising Week?

MS: My first job after graduating from Emory was as a Policy Analyst for the NYC Commission in the Year 2000. It was a great crash course in how New York City actually works, and I was able to leverage key relationships in City Hall and convinced the Mayor’s office to pay attention to sports as economic development. So, at 23, I became the founding Executive Director of the New York City Sports Commission. Over almost a decade, we re-established New York as a centre for big-time Olympic level competition and drafted winning bids for the 1993 Olympic Congress, and the 1998 Goodwill Games. When Giuliani came in he blew it all up in the name of patronage and killed the whole thing, so I hung a shingle and opened my own company, Empire Sports & Entertainment and had a great run.

BB: Since 2004, how much have you seen the industry change? From where we’re sitting it’s unrecognizable.

MS: Well, the short answer is a blend of absolutely massive change dictated by technology . . . And no changes at all based on the enduring currency of creativity. Certainly, the rise of the smartphone and other mobile hardware (tablets) coupled with rise, prevalence and dominance of high speed internet are major forces to be reckoned with, but in so many ways it still comes down to people. The agencies, brands and platforms that are winning today are doing so because of strong leadership and a willingness to empower dynamic, creative people to push the envelope. The power of human-generated ideas and creativity is still the most potent force out there.

But of course, technology is the single biggest driver of change. When we staged our first-ever Opening Gala w/ Mayor Bloomberg at Gracie Mansion in 2004, Mark Zuckerberg was still on the Harvard campus. We were years away from Android, Instagram, the iPhone, Snap, and subject areas like Artificial Intelligence didn’t exist in any form. The rise of data and analytics and the whole conversation around trust and transparency has been re-shaped and turbo charged by technology and that will continue.

As it has evolved in New York City and everywhere else, Advertising Week has become a mirror of our industry and of the broader arena of business and popular culture. It has also become the place where the agenda is set for the year and where the most difficult and challenging issues facing our business – and often broader society – are tackled head on. Navigating change really sums it all up, and that’s the essence of what we do here at home in New York City and at Advertising Week in London, Mexico City, Sydney and Tokyo.

BB: Advertising Week is renowned for thought leadership by day, and some pretty amazing entertainment by night. Who are some of your favorite acts who have played or performed over the years?

MS: Well, let’s start with 2018. New players have emerged as kings and queens, others have disappeared, and the flow of ad dollars continues to shift around. As technology smashes through geographic borders, the world is going to continue to shrink and China’s influence in particular, is going to dramatically increase. Innovation will come from everywhere . . . Look out for mobile-driven ideas in particular out of Africa. Measuring success is going to continue to evolve, it’s no longer just about big share, but rather connecting with and owning niche audiences and the slices are going to get thinner and thinner. And we will continue to see both acquisitions and consolidation, the disappearance of long-established but no longer viable or relevant brands and businesses, as others emerge.

As a constant, Advertising Week will be there every step of the way. And with our new year-round learning platform, AWLearn, we will provide year-round ways to stay current and get smarter. It’s never been a more exciting time.